In about 20 seconds you are going to be very confused. Yes, I’m here to denounce pride. It is one of the seven deadly sins (if you are into all that religious stuff). And I have a whole ton of things I would like to say about pride. You see I have one of those proud personalities. It is in my nature to stand up and say look what I did. Look at me.

But today is not about me.

You see, my family doesn’t have a big problem with pride outside of dealing with me, and maybe my mother. She does read this blog so right about now I got her curiosity going wild.

For about two years my wife was dealing with a crazy illness and at the end it was affecting our marriage because she refused to get more medical opinions. I look at doctors like mechanics. They open the hood they plug in some testers they look around, but at the end of the day, they’re just replacing broken parts. At least the mechanic gets to take the car for a test drive. The doctor has to trust what the patient is saying about how the car is running without any medical training. How many times has my mechanic thought I was an idiot when I described a noise in the engine? I do not blame you Mario.

So, I told my wife to keep going to different doctors until she found a doctor who was smart enough to cure her flesh-eating disease because her skin was falling apart. One doctor after another after another and all she got were referrals to dermatologists, expensive creams, and antibiotics with God knows what side effects.

I don’t know how many hours my wife spent on the Internet trying to diagnose her own illness. And I never blamed her for pretending she was a doctor, because none of the doctors seem to be able to solve her problem so she did what she had to do. I remember her taking some pieces of paper she printed out to a doctor at a small medi-centre. At the end, the conversation was just her asking “what would it take to be tested for celiac disease?” and the doctor had two things to say in response. He told her the test was simple, and she didn’t have celiac disease.

In 2019, less than a week after that last visit, my wife received a positive diagnosis for celiac disease. With my decades of wisdom and know-it-all personality I figured we could take care of a gluten allergy with ease. The celiacs out there are losing their mind right now ’cause they think I am an idiot because I think that celiac disease is an allergy.

That was actually the topic of the blog post I wanted to write but, well, ADHD.

I don’t know how much you know about gluten or celiac disease, but it might be more than I knew two years ago. It is probably a lot less than my wife and children know today.

Rest assured, I understand the difference between an allergy and an autoimmune disease. The problem is that most people either don’t understand or don’t care. Most people believe, like I used to, that when a celiac eats gluten they have an allergic reaction. Take some Benadryl and have a nap and everything is all better.

That is not quite what happens. You see celiac disease is more closely related to aids then to an allergy. When a celiac eats gluten the gluten does not cause a problem tantamount to an allergic reaction. The gluten causes the body of a celiac to attack itself. 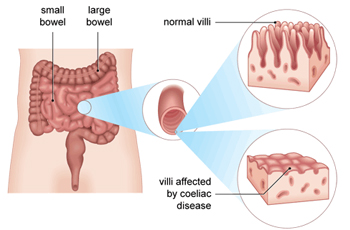 In a nutshell, when a celiac eats gluten the body gets rid of the villi and microvilli and turns the small intestine into a water slide. You can imagine the problems that your body would have if its mechanism to absorb minerals and vitamins vanished. You see the small intestines are now a water slide leading right into the large intestine. The large intestine is the last-ditch effort for the body to pull salt and water out of what is on its way to your butt.

People with celiac disease have such a long list of symptoms I am not even gonna talk about them. You can search them up later I might even link to them at the bottom. Rest assured almost any symptom that sucks can be a symptom of celiac disease.

Probably one of the coolest things I’ve learned about celiac disease is how they actually figured out what caused it. See, I looked at celiac disease like I looked at peanut allergies. When I grew up I never heard of it so I assumed it never existed. Celiac disease was given a name about 2000 years ago buy some Greek guy that I can’t pronounce so I’ll link to it at the bottom.

But what I want you to know is not the story of the celiac disease but the story of how it was linked to gluten. I have one of those personalities that always sees the light in the darkness. I understand the dark. I plan for what is in the dark. But I focus on the light. I find that this gives me a more positive outlook on life, and I find it easier to kill the things in the dark with a smile on my face.

In the middle of World War II, kids with celiac disease in The Netherlands were dying as they always had. A few decades earlier another doctor came up with an idea that a banana diet would save a celiac’s life. It basically did because there’s no gluten in a banana, but I can’t imagine it was very nutritious.

But as the Germans starve these poor Dutch children the doctor noticed that the children in the hospital with celiac disease, while they were starving, we’re actually healthier than they were a few months earlier. And then the Canadians and allied forces came to town and they brought two gifts: liberty and food.

The doctor noticed how happy the children were to see bread again, but he also noticed how quickly they reverted to a sickened state. He took bread away from the children and their symptoms vanished, again.

Eventually doctors in Europe and the Commonwealth countries figured out the gluten was the culprit but when that doctor came to America to teach American doctors, they discounted everything he said because they already had a solution. Bananas.

And that brings us to the crux of the issue. I am not an American but there is no country there has ever existed on this planet that I have read about or heard about, that has made me prouder to be a human. The United States of America has done some amazing things, but it has also had some not so glorious moments. With my ADHD I could get off topic very fast. I am going to fight against my nature. I only came here today for two reasons, to condemn pride and to promote Gluten Free Baking Week.

If our doctors didn’t think they were above the Almighty so often, we would have adopted gluten-free diets decades earlier when the science suggested it. Today, it would not be like pulling teeth to convince a doctor to test for celiac disease. Our pride and arrogance are killing thousands of people in North America today, because doctors here refuse to perform a simple test.

Before I go adding a list of symptoms which could be longer than your arm in an unreadable font, I want you to understand, listen very closely to what I am saying to you right now, if you have any issue with your stomach or your bowels or your diet, I want you to get your doctor to test you for celiac disease. It’s a quick blood test. It’s virtually painless unless you act like me around needles, but the test is not only conclusive, but it may also change your entire family’s life.

You see celiac disease is rumored to be hereditary, so when my wife tested positive for it, she told all my children to get tested. My wife had a big number in her test result. The doctor doing her endoscopy told her that the procedure was not necessary. After a couple years of medical professionals proving their ineptitude there was no way we were skipping the endoscopy. This is basically a camera sliding through your intestines taking pictures. Lots of villi and you get to go out for pizza on the way home. No villi and you get to uproot your entire life. 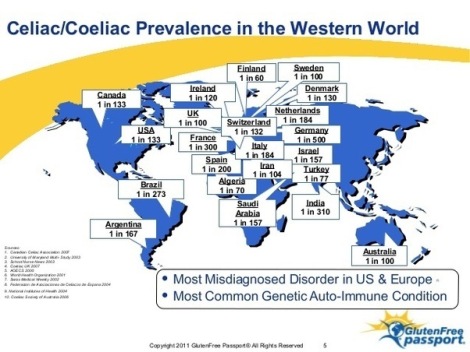 That doctor said that he usually only tests people who score a 7 to 9 in the blood test. He said that he had heard of people as high as my wife, at 1350, but had never actually met one. There were no villi. There was no pizza on the way home, and sadly, no beer ever again.

She cut out the gluten and instantly her acne started clearing up, her stomach stopped hurting, and her diarrhea went away. I was shocked when she told me this. I asked, “why didn’t you complain about this before?” and her answer was quite simple … “I thought it was normal”.

And why wouldn’t she?

If you know anything about me you know I only have three goals in life… to guide, protect, and provide for my wife and my children. I was failing and didn’t even know it. How are you doing?

Vitamin and mineral deficiencies. When the small intestine is damaged, it can’t absorb vitamins and minerals. People with untreated celiac disease often are low in these:

Digestive symptoms are more common in infants and children. Here are the most common symptoms found in children:

Nazi’s revealed the cause of Celiac disease 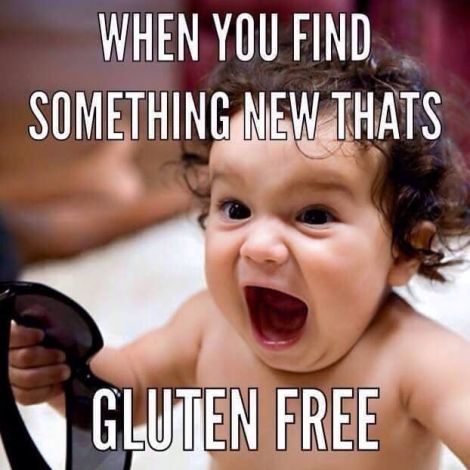 2 responses to “The Evil of Pride is Destroying My World!”