That one simple word, “housewife”, is enough to bring fire to the eyes of some people.  It is probably the most offensive word there is aside from “liberal” and “socialist”… for some reason those people hate when you label them using English words is the dictionary that perfectly explain who they are.  Housewives I kinda get as there were d-bags in the past that used the word in a negative light… as a husband and father I can tell you that I totally do not understand how the word could be used negatively though.

We might talk for a moment about my wife in this blog post even though she hates when I talk about her in here but I figure that we should get this kind of stuff to print before I have a significant number of followers and she get really ticked at me.

Today I said the word “housewife” to a woman who works in an office and she nearly lost her mind. Does it really speak more of me for using the word or you for taking the word as an insinuation that I meant it as a derogatory term? Are you threatened because you used to be a housewife? One of the problems is that too many housewives think too little of what they contribute so when someone says the word “housewife” they jump on the attack to defend their career choice. Nobody is attacking you though. 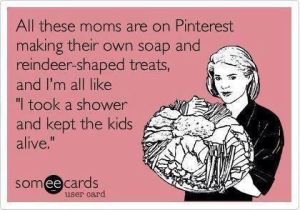 What does “housewife” mean?

housewife: similar to house-husband, it is a married woman who chooses for their career, to stay home all day and do the same amount of slave labor as they do all night for zero pay and no benefits. Often this career choice includes all household chores, care-giving for children and, in the case of my home, the home schooling tasks that come with being a full time teacher to five youth from five to 16.

Yes, that was my own definition but if I looked it up I would not be far from what Webster said I am sure. 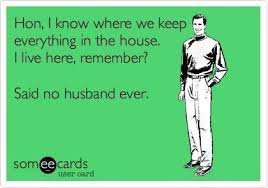 The fact is that I am not a great husband but I am a pretty good father. I would also make a criminally horrible housewife. If my wife got offered a job making double what I make I would have no problem staying home and being a house-husband but in order to do it as good as Stacey I would require a nanny, maid, chef and teacher’s aid.  Even then I would probably have lost or killed a kidlet or two in the past 20 years. 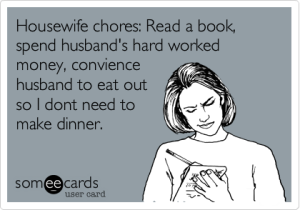 Am I incompetent? No. Am I incapable of learning how to do what my wife does? No. Am I too lazy and unwilling to learn to work as hard as she does for the little amount of money she can get out of me after paying all the bills? You are getting a little warmer. I simply do not understand how my wife does all that she does (or seemingly enjoys it).  It is one of the reasons I give her all the money to do whatever she wants with… until she says I don’t make enough money anyways… which happens more often in this economy than ever.

Today I infuriate the “housewife”

Of all the groups of people that I could infuriate on my blog and in my daily conversations, pissing off a woman for saying the word housewife is mind boggling.  I put housewives up there with police, military and honey bees… as individuals who put their physical and mental well being on the line every day when I seem to get all the benefit from their sheer existence.

If a cop got mad at me for using the word “cop” I  would be like, “dude, relax, I just used the the word to describe what you do.  It was not meant to be derogatory.”

And if that cop lost his mind on me because he was insulted by a word I used that says more about his preconceived notions than my attitude. He doesn’t know anything about how I feel about police. It would be like me getting offended when someone called me a “geek” and many people in my profession are insulted by the term. You should be in the room when one of them speaks up to me when I use the word “geek”… they are always stunned when I tell them what I do for a living. Either way, their perception of the word does not affect how I used it.

When I hear someone say, “wow, you really are a geek” I pretend to blush and reply all shy, “aw thanks… I didn’t think you noticed”.

I love being a geek. Call me a programmer and we might have a problem (oh no… here come the programmers… nevermind… they don’t read blogs unless they are all geekanese). 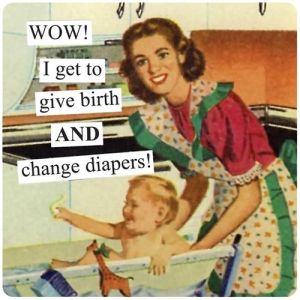 So if you are a housewife who works harder than a one-legged man at a butt-kicking contest every day of the week, without vacation, without benefits, and without the appreciation you deserve… please do not get offended when I say housewife in a sentence. Simply look at me and say “You bet I am a housewife… and proud of it”.  As you should be.

But if you absolutely insist on belittling your chosen career by being insulted when I say it remember that it is liberal politically correct people (much like you I am guessing) that lost their mind when Rosanne Barr called the housewife a “domestic engineer”.  While I thought the term was funny, groups like APEGGA lost their minds. Apparently housewives don’t have the required college degree to use the term “engineer”. 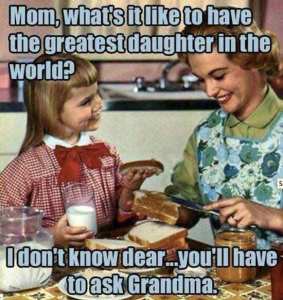 Screw APEGGA and screw liberals and social justice warriors… if my wife wants to be called a domestic engineer or a day slave or a domestic goddess, I will support her 100%, and even buy her the t-shirt. 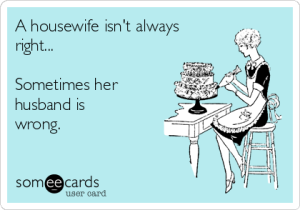 While I will admit that I don’t tell me wife how much I appreciate what she does enough, if that is possible, I would never belittle what she does for me or our family. Even though she doesn’t think I put any effort into picking up my socks, not leaving clothes in the bathroom, cleaning up hair from my razor, reading her chore lists, turning off the garage light, helping the kids get to bed, helping to get kids out the door so we can be on time for church, holy crap we could do this all day… I do look for ways to tell her and show her appreciation.  Most the times it is difficult because I can see in her eyes that she is contemplating hitting my with something heavy or sharp. 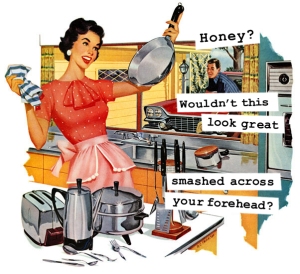 I simply do not understand how a woman who does what a housewife does, could possibly get offended by the word. Even if some d-bag did say it like “wish I could sit home all day like a housewife”, wouldn’t you just laugh and think you would love to see that too?

Remember, if you are offended by what someone says, even me, no matter if they meant it to be offensive or not, it is your problem and not theirs.