Maybe not “for the mentally disabled” but “from”.

If you don’t know me, or haven’t read many of my posts, you might not know that I am mentally ill. Don’t feel bad for me because I am different from you. Please do not pity me. I have three reasons to not only NOT feel bad for me, but be happy for me and my mental illness. 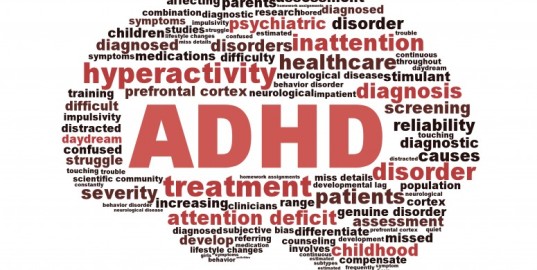 Am I mentally ill?

We are going to have to agree to disagree if you think giving a mood altering medication to someone who is suffering from an illness that affects their mood is a sound or rational idea, but let’s have a quick chat about ADHD and the myriad of drugs that pharmaceutical companies sell to combat this problematic disorder.

Here is a wonderful presentation by a man suffering from a mental illness called ADHD and he so totally understands and speaks about:

A wonderful woman that I know through one of my volunteer positions, posted the following link to Facebook yesterday… “Texas School Triples Recess Time, Solves Attention Deficit Disorder”

Almost immediately, a cheerful friend of hers who is not likely suffering from any mental illness at all, piped up and posted six responses (there is a woman who needs a blog if I ever saw one). Let’s be clear here, that the woman I know, let’s call her Fiona… not that this is her real name, but I have ADHD and it is the first name that popped in my head. It might be her name though. By now we are lucky if I remember what we were talking about… 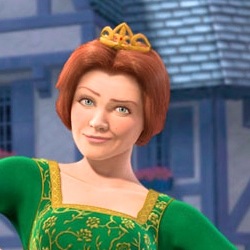 Anyhow, ‘Fiona’ did not say a single word about the article. I am sure that she is very much in favor of anything that makes a youth’s life easier and extra recess doesn’t sound too bad. She did not say that we needed to remove drugs from our schools (yet our schools keep saying that for some reason) and she did not say that the big pharma machine was drugging fun and personalities out of our kids. She simply posted a link to the article for her friends to read.

Let me give you the highlights from Madeline’s responses (the capitals were her idea, not mine). And I would like to let her know my thoughts, without spending 6 hours on social media.

BRAIN PHYSIOLOGY – SHRUNKEN AMYGDALA, ETC.,: It amazes me how everyone who mentions ADHD as not being something ‘fresh air and play’ can remedy, or as a condition not requiring medication, always use the phrase ‘drugging our kids’, as though parents are overdosing them on Dimetapp or something to make parenting them easier.

It amazes me that people think of the phrase “drugging our kids” as something wrong with the phrase and not what it refers to. You criticize the phrase like you think they should all be drugged for something. I think people who immediately want to drug kids should be checked for a mental illness… actually, no checking would be required in my opinion. The fact that people want to put drugs into kids as a rule and not an exception is prima facie enough for me that there be no testing needed on these adults.

If any of these skeptics would first INFORM themselves about the neurological and physiological components of ADD and ADHD, they would realize that some of these kids really do have cerebral differences that prevent them from being able to work to their potential in standard learning environments.

‘Standard’ learning environments are statistically the worst places to learn so how do you judge something that prevents learning potential in a poor learning environment? You sound like that warped doctor from Harvard who said that people with ADHD had physical brain differences like it was a bad thing.

When I look at a picture of Usain Bolt and I, there are clear differences. He is taller, has a little less body fat and a little more muscle than I do. If I told you that he ran different than I did and said a huge part of it was due to our physical differences, would you be shocked? Would you think that I need to start hitting the gym 10 hours a day because there is something wrong with me? No. Of course we all don’t have to look like or run like Usain Bolt. So why the hell would these people assume that my brain needed to physically look like someone who did not have ADHD?

Madeline, I don’t know you and you are probably a wonderful person, but you come across very aggressive towards people you label as “skeptics”.

I have nine children, some of whom you would label as ADHD or ADD much like schools would have labeled me in the 70s had they invented the acronyms back then. I have read a ton of scientific research on the topic, as a parent, and have extensive training and am very well read with personality types and disorders. The conclusion that I have come to has led me to believe that pharmaceutical companies are selling drugs to cure symptoms of diseases that they help invent. And these drugs are absolutely altering youth’s personalities.

Hey, remember that third reason to not feel bad for me? Yes, you thought I forgot about it but I wanted to make you smile and I also wanted to let you know that I do not only have fun with mental illness, but I once again prove that when you are doing something that you love, the focus that I can attribute to it comes very naturally and blows the minds of “normal” people. I am not talking about ‘talking about’ mental illness, but writing, especially about people who think they know me and the world. The clarity of which I understand their misunderstanding brings a smile to my heart.

You’re only given a little spark of madness. If you lose that, you’re nothing.
~ Robin Williams (1978)

10 responses to “ADHD for the mentally disabled.”