Everyone knows that I am a dedicated Scouting volunteer and just yesterday I spent an hour taking a father and prospective new scout volunteer on a long hike through Tanner Youth Camp (which almost killed me by the way).  I seriously love nature and conservancy ideals but I have not been able to get on the bandwagon with these people who hate industry.  The fact is that I need oil and forestry.  I can’t live without paper even though I am in IT… actually, because I am in IT.  Computer geeks print a lot of things on paper and we also like furniture, desks, shelving, houses, etc.  But promoting a forestry industry in a world of political correctness where every second email ends with a footer that says not to print the email… well it is a slippery slope, especially for a business.

I don’t really care what people think of me.  That is quite clear.  I am always open to hearing opposing ideas and I even change my positions once in a while, but not often.  For a company though, taking a stand against such a vocal crowd of Political Correct Nazis, Social Justice Warriors, and Psycho Liberal Housewives could be devastating to a business.  It has, in many cases already, crushed small businesses out of existence. 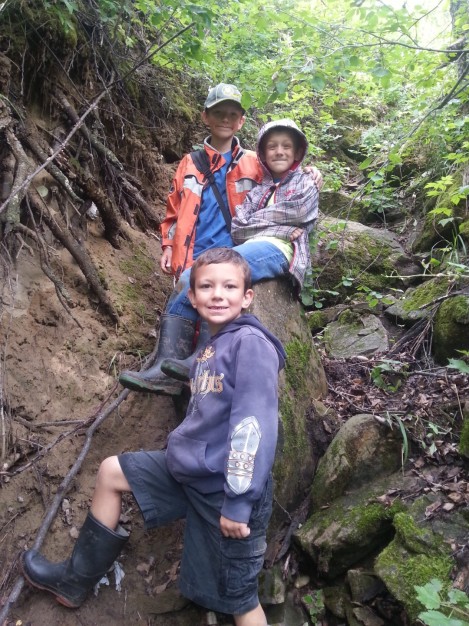 Without trees, where would these Cub Scouts learn how to appreciate nature?

So when a business stands up to the insanity I have to say something, even if I own the business, as I am not above self-gratification.  But you knew that already.

What I really like to rant about is hypocrisy like that on display by companies like the Ink Factory in the UK.  These guys sell toner and ink for printers.  Do they want you to think before you print?  Heck no!  They want you to print everything.  If they don’t, they are in the wrong damn business.

Yet Ink Factory has a website called “Think Before Printing” which has, as its sole goal, to get everyone to put the following words at the bottom of every email they ever send… “Please consider the environment before printing”.  I hate even linking to their website in case someone actually adds that footer.

The Ink Factory isn’t evil and I would never boycott them like some Social Justice Warrior because I am not that big of a D-Bag.  And also because their heart is in the right spot.  They don’t want you to stop printing (which would be totally insane for an ink and toner supplier), they simply want people to think.  The problem lies in their message.  It is too short and makes people think that they shouldn’t print anything.

These clowns at Wise Stamp actually want to promote adding “green” disclaimers that say you are killing trees!  They actually call you a murderer if you print something! What is wrong with these people?  Not only would I never support a company that called me a murderer for printing something, I would question the mental stability of people who supported them… and there are a large number of people who share their crap just because it sounds good.

Why is it that a UK Graphics Design company (that prints stuff all day long) can get away with promoting such stupidity, but if a company stood against them and stood up for common sense and balance, the green freaks would attack with frothing mouths?

Outside The Box Tech Solutions

There are a few companies that stand against the tide of stupidity and kudos to anyone who is willing to put their livelihood on the line to support balance and common sense instead of the current trend of lunacy.

While we love discussing our business practices, we have no time to deal with the attacks of Social Justice Warriors who want to crucify companies for saying something that they disagree with.  In that line of thought, we wanted to produce the facts behind why we make the statement and why we stand behind it.  If you disagree with the facts or the manner in which they were acquired you should probably be contacting someone else at the links below (like Statistics Canada).  If you want to argue about whether the forestry industry is of any benefit to Canada and Canadians, you will find nobody here with time to listen to you.

We have done work for every type of client imaginable and we take pride in doing what is right even if it is not popular.  We truly believe that supporting Canada’s forestry industry is almost as important as protecting our forests.  Since we are doing such an amazing job of supporting our forests, we thought it was about time that people saw something that supported our forestry industry as well.  We have all seen the email footers that tell you to think before printing an email and we believe that is a good thing, but your thoughts should be based on whether printing that email will help you be a more productive team member and not about protecting a tree.  If the answer is yes it will make you more productive, then by all means, print the email and then recycle it when you are done with it.

OTBTS goes on to provide sources for the following statements:

Be Green, But Not Stupid

Go ahead and be green.  I personally try to pick up a piece of garbage every day.  I plant about 100 trees per year on average and take my kidlets out at least once a year tree-planting with the City of Edmonton, the City of St. Albert and Scouts Canada initiatives.  Just last summer we were up in Fort McMurray helping their city recover from a massive forest fire that displaced over 80,000 people during the evacuation.

If you have a green footer that asks people to think before printing, I would love to know what else you do for the environment?  How many shore-line cleanups, trash collections, and tree-plantings do you do?  How many bird houses and bat houses have you built over the past decade?  How much do you really love the environment beyond the footer at the bottom of the email that you sent with a computing device that required electricity and poisonous chemicals to build and likely uses coal-generated electricity to power? 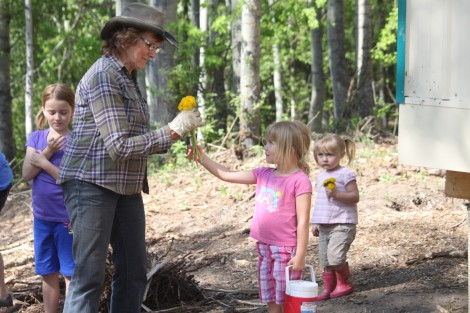 Don’t tell our youth not to pick flowers, but teach them how to plant them.

I want to hear from people who support forestry or already have an email disclaimer or footer that doesn’t call people murderers, doesn’t ask them to not print an email, and doesn’t claim that forestry is an evil industry.

Sorry about the couple updates right after posting this article but I needed to get a couple screenshots and I also wanted to comment real quick on the featured image for this post… I believe that the miss-guided soul who produced this image honestly thought that saving the effort to print a piece of paper was worth more than the enjoyment and education of making a paper airplane.  It is a sad statement but I am re-purposing the picture to promote making paper airplanes… as many as you feel like until you get it right!

Let’s celebrate balance and common sense for the sake of our country and the world.

There I go, stirring the shit again…

One response to “Go Green Without Going Stupid”