Some of you may have remembered my post from last month when I started ranting about McDonald’s because I thought they were getting rid on Cinnamon Melts.

I was so choked at that kid for lying to me and scaring the crap out of me but it turns out that he was right.  I haven’t found another McDonald’s that has stopped selling them yet but apparently it is true, Cinnamon Melts have been discontinued.

Tonight I stopped by a McDonald’s on my way home from rock climbing with two of my boys and we ordered six Cinnamon Melts.  Yes, we ordered six because we are spoiling ourselves before they are gone… and I am apparently not the best father… I suppose that would depend on who you asked.

We asked the young girl at the first window if she knew how long they were going to be selling Cinnamon Melts and she looked at me while she reached out with my receipt and told me she didn’t even know what they were.

I suppose that she could be new and why promote something to new staff that might only be on the menu for another month, but why have something on the menu that a staff doesn’t even know exist?  Is McDonald’s failing that seriously as a restaurant that their staff no longer even know their menu? 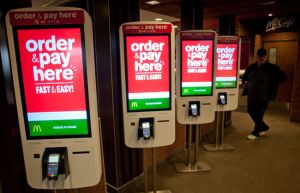 I love the cool new TV’s behind the counter but trying to find something on the menu is near impossible now.  McDonald’s only seems to want you as a customer if you know exactly what you want already.  They have new pre-order terminals now where I can pre-order my meal and wait for a number to be called but this isn’t speeding things up short term, and it certainly isn’t adding to the impulse purchasing that they used to have down to a science. 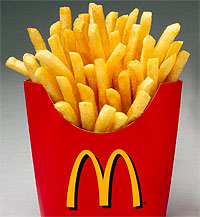 Many people hate to say “no” so when an employee asks, “would you like fries with that?” many simply say yes.  Since McDonald’s employees started up-selling their fries, sales have boomed.  McDonald’s now sells 9 million pounds (4 million Kilograms) of fries… every day.

Right now those staff are asking if you would like a free small coffee with every order.  If they asked every customer for a month, if they would like Cinnamon Melts with their order, they would sell a million orders and hook another 400,000 customers on this delicious dessert.  Cinnamon Melts would be here to stay.

Currently this is the only reason I go to McDonald’s so please help me or I will be forced to start convincing my kids that Wendy’s is better… I suppose Frosty’s are less fattening than Cinnamon Melts anyway.

Please sign this petition and help me keep these tasty little desserts on the McDonald’s menu!!!

Please comment below if there is something you miss dearly from their menu… like McDonald’s Pizza.  Matt and I cannot be the only people that loved their pizza!