The Hollywood pay gap isn’t the only gap being discussed in the world today.  If it were, I am not sure anyone would care what Julia Roberts got paid for her last movie.  For the record, Julia Roberts was paid $3M for 4 days of filming on Mother’s Day.  Hollywood has a lot of room for disparity because these people get paid before they do any work.  If their work typically does well at the box office then they get more for their next movie.  If the movies they star in continually suck then they never hit that big payday.  The movie industry pretty typically pays actors and actresses quite fairly in line with this though.

Top stars like Tom Cruise and Sandra Bullock can demand a share of the box office but that wasn’t always the case.  Tom Cruise was paid $75,000 for Risky Business ($63M box office) and $2M for Top Gun ($356M box office).  Did you see the jump?  Ten years later Tom took a share of the box office for Mission Impossible and walked away with $70M of the $457M box office haul.  This is probably not a fair comparison for this conversation because Tom Cruise busted his butt and risked some of his own money to get Mission Impossible off the ground.  He also takes extra money for producing the MI films.  Tom Cruise is clearly one of the most bankable names in Hollywood and one of the most powerful.  He is currently worth over $500M. 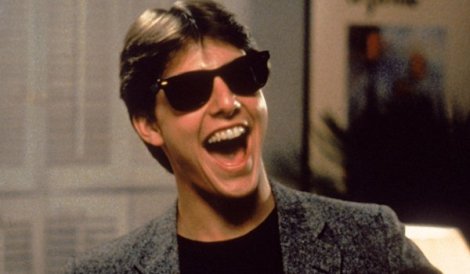 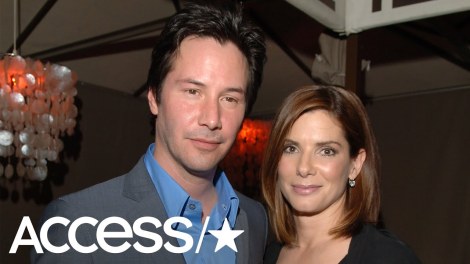 Hollywood is an odd duck

When we say “Hollywood” we aren’t just talking about a place near the ocean, we are talking about an industry.  Complaining about a wage gap in an industry that pays people based on a complicated formula before they do any work is a slippery game.  When producers are looking at budgets and considering an actor or actress, they are not looking solely at past performances but they need to look at a few things (this is just a drop in the bucket of things they analyze):

They need to take a hundred other things into consideration but at the end of the day, they are still paying someone for their efforts before they do any work.  These all have value to the production budget.  Just Look at Sandra Bullock’s streak, if nothing else…

The dud that was removed from 2009 was All About Steve and still brought in $40M.  2018’s Ocean’s 8 might have brought in $297M worldwide but if anyone thinks that Sandra Bullock is done they are nuts.  You would be hard pressed to find a more bankable female lead in the world. 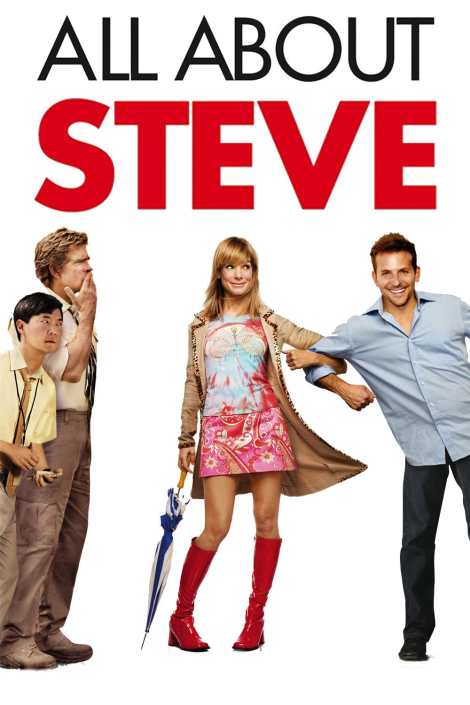 This is difficult to explain and harder to understand, but men are more bankable because people pay more to see movies where men are the leads.  They pay more to see men sing too.  Even though Taylor Swift is amazing, if you stack her up against men you clearly see a trend.  Keeping in mind that the music industry pays people for what they have already done, unlike Hollywood.  Here are 2018’s top earners (you will realize real fast what a concert tour is worth here):

There isn’t another woman on the list until #26 when we see Celine Dion making $16M a year off her Las Vegas show.

Even looking at US album sales, the only women in the top 20 are Fleetwood Mac (Stevie Nicks gets in at #10), Shania Twain (#11), Whitney Houston (#14), and Alanis Morisette (#19).  Why are 80% of the album sales going to men?  I have no idea.  You buy the albums.  You buy the movie tickets.  You are responsible for these numbers as much as anyone in the world.

Want to look at YouTube rankings?  For 2017 the #10 earner was a young lady named Lilly Singh at $10.5M.  Personally I believe that she is the only person on the list with any real content.  The next nine in the list go up to Daniel Middleton who rakes in $16.5M a year.  There is not another female in the top 10.  Don’t bitch at me for why or how this happens.  I am simply stating facts.  If you want to make money selling something to the world you vastly increase your odds of success by being a male.  There is a reason so many female authors refrain from using their names.  Did you not realize that Harry Potter was not written by Joanne Rowling?  Her publisher was not stupid.

I think it is a shame because what on earth does someone’s gender have to do with their writing or acting or singing or management or selling ability in anything?  Unless we are discussing physical strength, I can think of no reason why a woman should be paid less than a man because she can produce the same results.  Unless you are talking about income from selling.  In that light, you simply have to face facts that women simply do NOT have the same bank-ability.  I do not understand and I do not agree that it should be this way but the facts are clear.  Men sell better than women in a vast majority of industries (yes, I know that women dominate a few categories but we are not talking about that here today… get your mind out of the gutter for a minute now).

Why the sidetrack for this?

Why did I take yet more time away from writing my book to blog about this?  Because I was doing research for my book and read this story about Dwayne Johnson making more money than Emily Blunt for Disney’s new movie, Jungle Cruise.  At the end of the whining about how men make more than women in Hollywood, Emily Lee posed a question to the readers… “What do you think about the pay discrepancy on Jungle Cruise?”.

Let me state emphatically that I enjoy Emily Blunt.  I loved her in so many of her roles but my favorite was her largest success when she starred in Edge of Tomorrow with Tom Cruise and saw a $370M box office.  But aside from that success, Emily Blunt negotiated for her salary before Mary Poppins 2 hit the box office, probably not a smart thing.  Keep in mind though that while she only made $9 for Jungle Cruise, the box office success of Mary Poppins 2 ($349M) and A Quiet Place ($336M and a movie she was paid $12M for) will do nothing but shoot her price tag up… especially if Jungle Cruise is a huge success.

But let’s look logically at the presumption from Emily Lee that Emily Blunt made $9 and Dwayne Johnson made $22M on Jungle Cruise and the disparity is because of gender.  While I understand her feminist attacks on men because feminists today have changed their goal from equality to the destruction of men, logic and facts are the enemy of this leftist ideal and I am just so tired of these whining snowflakes.

Emily Blunt made $9M and let’s just use box office because everything else is subjective and almost unilaterally in favor of Dwayne Johnson making more money (see the list above).  If that $9M is based on her 20 previous movies (before the 2018 contract signing) raking in $1.4B at the box office.  With an average of $73M per movie, her $9M payday represents a 12.2% share.  They are paying her 12.2% of what she usually brings in, what they expect her star power to add to the box office total.

You could come back and claim that we should include 2018 releases because Emily Blunt had two movies totaling $700M in 2018 but Dwayne had three movies totaling $1.5B.  You could say that Emily was on a hot streak with 6 of her last 10 movies surpassing $100M but Dwayne had 9 of his last 10 surpassing $200M and 5 of them passed $500M.  You could say that Emily Blunt is physically more attractive and I would agree with you 100%, but millions of screaming women would argue emphatically.

The simple fact is that your premise that Emily was underpaid is 100% inaccurate.

Your further presumption that there is a gender gap is almost inaccurate in that there is clearly a gender gap because men create more box office sales so they DO get paid more… just not in this instance, so I am going to call you out as 100% wrong here too.

Anyone who thinks that Hollywood is unjust in the way it figures out how to pay people needs to understand that there is also a component about getting what you can negotiate for yourself (as there is in most places).  If Emily Blunt could have held off another 6 months and negotiated her salary for Jungle Cruise after seeing $300M box offices for A Quiet Place and Mary Poppins Returns she would have gotten more absolutely (evidenced by the $12M she got from A Quiet Place).

How important are negotiations?  The highest paid agent in the world should be the person who got Bryce Dallas Howard $8M for Jurassic World: Fallen Kingdom.  I love her acting chops and she is absolutely gorgeous, one of the hottest women in Hollywood.  Before you go calling me a sexist, look back above about at the line about shallow physical beauty.  It pays to be hot in Hollywood.  Beyond all that, what does she have?  She is in the same boat as Daniel Craig who couldn’t make $3M for any non-Bond movie but can claim $25M for his last James Bond movie.    Chris Pratt only made $10M for his second Jurassic Park but he has been in 13 movies that broke $100M at the box office with total sales for his movies at over $11B.

Emily Lee, if you want to discuss the pay gap in Hollywood, get your facts straight and explain to me why Dwayne Johnson is ONLY making twice as much as Emily Blunt (Mary Poppins) for the new Disney movie and why Starlord (Chris Pratt’s character in Guardians of the Galaxy) is only making 20% more than the hot redhead for Jurassic World part 2?  Or just keep your SJW hat on and write another article of bullshit propaganda when their paydays are announced for Jurassic Park 3 which comes out in 2021. 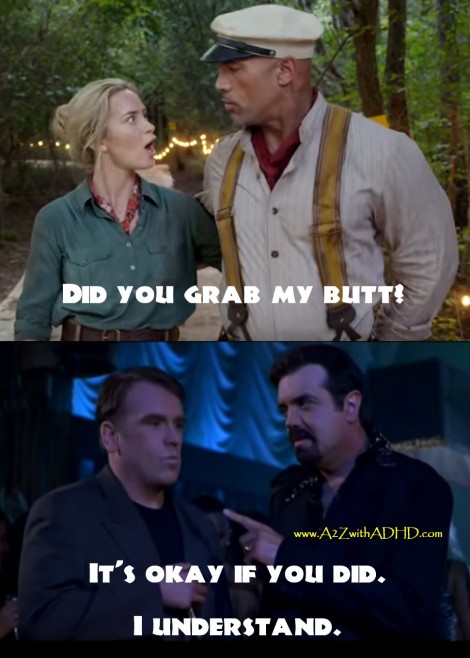 You probably didn’t understand that picture if you didn’t watch the video… smarten up.  And you might have to watch this one too.

2 responses to “The Hollywood Pay Gap”