I am writing this not to get people riled up.  My goal is no more to upset anyone than it is to make them think I am insane… I have gone through that conversation with many people who think I shouldn’t be able to home school my children and I already have a couple drafts for home schooling posts where we can dive into that pile of crap.  For now, I want to try to keep this post on a specific track of how much I love “Global Warming”.

Global Warming means just that.  The world is warming up.  On a global scale it is happening pretty slow.  If you are living in Boston this year though, or anywhere in the NE United States or Eastern Canada, you probably do not feel the same way.

Out West in Alberta I have seen grass in my front yard every month since last March… that is 12 months in a row and I don’t remember that ever happening in my lifetime.  I have never seen so many motorcycles in February and March in my life either… I am unsure of whether “global warming” actually exists outside the minds of conspiracy theorists but there is absolutely something to “Alberta Warming” and I love it!!!  I do agree that the weather is a little crazy, check out Robin’s blog for a taste of the craziness…

I am sure that as our population and technology change we can absolutely have an effect on the planet’s temperature.  At the same time, I can’t say that I care much.  We have countries where people are dying from diseases we eradicated 30 years ago, where women are second class citizens, where children could eat like kings on what I throw in the garbage, and where murder, rape and genocide are a daily norm.  In this world, the saddest thing I can think of is a BLH (Bored Liberal Housewife) telling me that I need to attend a gay-pride parade or turn off my air conditioner to save the polar icecaps.

If I hear another word about how the ice is melting from the arctic ice flows and the world’s oceans are going to rise and kill everyone I am going to smack someone.  talk about Greenland or Antarctica all you want but there is no land in the Arctic so any ice that melts has a negligible effect on the water level.  If a glass full of ice turns into a glass full of water the water level does not change even though ice was sticking out of it.  It is called science.

Even if my A/C has any impact on the global weather, with all the garbage we pump into the water system, a temperature increase of 10C means nothing to me.  What kind of ego-maniacal species are we that we think we could kill a planet?  This planet will be flourishing thousands of years after we are all dead and gone.  We may kill ourselves though…

I have talked for years about the funniest movie about the global warming conspiracy was The Day After Tomorrow.  I have a draft of a post somewhere that will explain this if you don’t get it.  Watch the movie and you will probably get it on your own.

Holy crap, these two words have screwed up almost as many people as “global warming”.  Seriously, can’t you people put your heads together to solve some of this word’s problems before tackling pollution?  China is finally starting to do something about pollution but let’s face it, if we eliminated 100% of Canada’s pollution the planet wouldn’t even notice with all the crap coming out of Asia.  We could do our best to become better stewards and wait until 30% of Asia died off from pollution-induced disease but in the meantime why don’t we focus of getting rid of measles and polio worldwide so this stupid vaccination argument could end?  Imagine if we got our heads screwed on straight and all the BLHs had no gay activist marches, Global Warming marches and vaccination blogs to take up their time?  Those women wouldn’t be the useless creatures they have turned into… they would find a purpose again that actually made a positive difference in the world (outside of conspiracy circles). 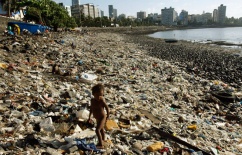 Fossil Fuels: are we still teaching this crap?

Please tell me that teachers aren’t still using these two words.  I can’t even get into how much this bothers me when I hear it.  There are no fossil fuels.  There are fossils and fuels but bones simply do not turn into oil or gas.  I can’t even imagine how something so stupid got started.  If you believe in the bible and that all animals, including dinosaurs, were created 7000 years ago, then you probably believe that the oil was in the ground when the world was created.

If you are an evolutionist than you believe that animals have been here since they popped out of a single celled organism 800 million years ago.  In that case you would believe that all the dinosaur bones in the world have turned into oil.  This would be a great theory if we weren’t actually digging bones out of the ground still.

Fact of the matter is that there is simply no logical way that bones turned into oil.  Nobody with a few free brain cells could actually believe this so why are we calling oil a “fossil fuel” to our children?

I love Robert Redford and I would hate to believe that he is that far gone that he would argue with me.  He definitely believes that we are affecting the planet’s temperature but he is from a warm state and thinks this is a bad thing.  He might not feel the same way if he lived in Canada.

One response to “God bless global warming! Two words that drive me nuts!”