Let’s talk about Morals, Ethics and Freedom of Speech.

If you haven’t heard about a lawsuit in the works for the past couple years between Michael… excuse me… Dr. Michael Mann and Mark Steyn (a fellow Canadian) you are in for a treat.  But don’t skip this because it doesn’t sound like a typical funny posting of mine, it is hilarious… and it might change your life… So Dr. Michael Mann is the scientist who basically created global warming.  He started with this theory that everyone loved so much and showed such promise to make him rich and famous that he just kinda ran with it.  Let me take a moment to mention that a scientist can become a scientist without taking a single course on ethics.  To be true, I don’t think one is even available.  Professionals who deal with the public and those whose words can affect the public (doctors, architects and so forth) take courses on ethics, though I think most doctors just learn how to get around them.  Scientists do not typically talk to the public so they don’t have courses in ethics.  I am unsure of whether Dr. Mann knows what ethics actually are.

In a nutshell, just in case you still believe in global warming too, the whole global warming thing was based on Dr. Mann’s ‘science’, which ended up being based on a theory.  Much like how so many people believe in evolution as written about by Charles Darwin, though they forget this was a theory too, and as such, most scientists will admit it has been debunked.  Well now it is Dr. Michael Mann’s turn. Many people, even fellow scientists, were not appeased by his hockey-stick which showed drastic temperature spikes since the 1990’s.  What he did was show 1900 years of relatively steady temperatures, then took a rise in the early 1990’s and extrapolated it in a near-vertical line upwards till it looked like a hockey stick.  While I am not sure he meant to pass this off as a bold-faced lie at the beginning, his “theory” took off and he used the coat-tails of a notable liberal politician looking for a Nobel prize (see Al Gore) to get famous.  From this point he just started agreeing that this hockey stick model was a fact.

We now have new, real, scientific data showing that his hockey stick model looks more like a golf club and might actually be pointing the wrong way. 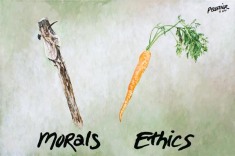 Do yourself a favor too… if you click on that link and realize that all the wording required a PhD to disseminate, at least go to the comments on Dec 19 to see how scientists describe the Model that has been used to proliferate the global warming hoax… funny stuff. Well this has been going on for a couple of years now but it will hopefully soon see the inside of a courtroom.  There has been so much nonsense between the first filings when Dr. Mann sued Mark Steyn because of a blog.  Basically Mark Steyn called him on a lie.   He answered by suing him and basically claiming that he has hurt his reputation yet three times in the actual filing he is claiming to be a Nobel Prize recipient.  The company he works for won the Nobel prize and he got a thank you letter for contributing.  He is not a recipient and never was. I love Mark Steyn’s response from back in 2012…

A week ago, Michael Mann accused us of damaging his reputation – and seems to have made it a self-fulfilling prophecy.  A week ago, he was a “Nobel prize recipient.”  Now he’s not.  Great work, Mike!

So let’s get back to America, land of the no-so-free…

This posting is not a rant on the idiocy of global warming.  If you still believe in it, go watch The Day After Tomorrow again.  If you don’t get that joke, send me an email or comment below. My concern with this lawsuit is that it is not about global warming.  Now that he is suing in the US legal system, you are at risk of losing a huge part of the your first amendment rights, those are the ones that guarantee your freedoms.  In Canada, we don’t value freedom like our American neighbors and for the most part, I believe that it is because we have our American neighbors to the South.  But now our American neighbors have spent so many years saying goodbye to their freedoms that they don’t seem as concerned about losing their First Amendment Rights.

What I do not understand is why people aren’t rising up against the idiocy.  If Dr. Mann wins this lawsuit it will be illegal to say anything defamatory against a scientist.  Say goodbye to your freedoms America.  I suppose I should be glad these clowns weren’t in power a few hundred years ago or the world would still be flat. 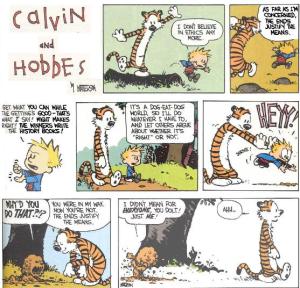 5 responses to “America: Fight for Your Freedom”