I didn’t want to write anything about this stupid flu-bug called Covid-19.  But here we are… three posts later…

If you are wondering if you are going to like this post you should just stop reading right now.  Don’t even question yourself.  Just stop reading.  I don’t make one penny from this blog and have no interest in trying to convince one more idiot that they are blind or stupid.  What?  You aren’t blind or stupid?  Then stick around and have one more weapon in your arsenal the next time a leftist comes at you with some lie.

Once again, let me point out that I love liberals.  I think they are mostly wrong with their ideas but we have the same goals.  Leftists though, seek to destroy everything that I love in this world so I think they suck.  The media is run by dumb-ass leftists and that has been proved a hundred times over… and here is their latest attacks on Donald Trump.

Once again, I don’t love Trump, but I do love defending him against hypocritical leftists and the people who follow them on social media.  Sadly, the more I find myself defending him, the more I become a fan of the guy.  One day soon I might be telling you that I consider myself a fan… and it is getting close.

You have probably heard about the story that some crazy woman who trusted everything that Donald Trump said, heard that Chloroquine was a great medicine to fight Covid-19 and she got sick and her husband died.  I can’t even tell you how many media outlets rolled that story…

NBC broke the story.  The Washington Post followed up with Salon, Vibe, Slate, the Sun, Huffington Post, and even Forbes.  All these news outlets among dozens of others took the story and twisted it, Tara Haelle actually outright lied twice in two sentences when she said, “When President Trump incorrectly announced that the FDA had fast-tracked approval of the drugs chloroquine and hydroxychloroquine…” and then she quoted president Trump as saying “if things don’t go as planned, it’s not going to kill anybody” to which she added… “Except it just did”.

Let’s talk about journalistic malpractice for a second because this girl is 100% guilty of it and stupid to boot because anybody with a brain can look at her article and see she is a lying sack of crap.

He did NOT lie about it getting approved.  The FDA has fast-tracked the use of Chloroquine and the US government has ordered 20-some millions of doses as a preemptive measure.  Tara Haelle lied.

Then she said that Trump said that “chloroquine and hydroxychloroquine” won’t kill anyone if it doesn’t save them from covid-19 so there is no downside and Tara simply stated that “it just did”.  She actually said that it just killed someone but the next paragraph stated that an Arizona man died “after drinking a small amount of a chloroquine phosphate product”.

Did you see that?  She lied about someone dying from taking chloroquine or hydroxychloroquine, normal people would presume that Trump meant they would get it through a doctors since he said it would be available by prescription.  She actually says that he died from taking a different drug called chloroquine phosphate which he got from medicine for koi fish.

Feel free to read everything that Trump said right from Whitehouse transcripts or check it out on YouTube.  But in this case Forbes’s Senior Contributor Tara Haelle did not lie about what the president said, she just lied about what happened but then reported the truth and thousands of idiots believed what she said without reading what she wrote.

Tara is not the only one who took this story and ran.  Every left-leaning news source went nuts on Trump

My problem is that there is clear evidence that this woman whose husband died was NOT a Trump fan.  She actually hated Trump. She is quoted in a Facebook post as calling him “Your psycho prez”.

Why would this woman listen to Donald Trump if she despised him?  What does a Facebook post prove though?  How about her donations to the Democrat PACs?  Wouldn’t that prove something?

I do not know Wanda’s last name but the media did.  Why didn’t they call her out on the lie?  They knew that she had been arrested for Domestic Abuse Assault and wanted to divorce her husband.  Rather than use this information, they chose to hide it and make the president look bad.  Why would NBC not hand the information over to the police?  Clearly this woman is a living episode of 48 Hours and the odds of her not murdering her husband and blaming the president would be astronomical.

It would be the same odds l’d give that the mainstream media didn’t twist this story to try to alter the outcome of the upcoming election.  Of course they did.  If they didn’t hide that fact, then they didn’t actually investigate a story that didn’t make any sense.  They just put it on the air based on the one-sided testimony of the prime suspect in her husband’s questionable death.  And that would be the definition of journalistic malpractice.

Watch the media grill Trump with the lies that NOBODY investigated until now.

The Evidence is Clear

Now close-minded leftists haven’t even gotten this far.  They are all on social media spreading lies that they learned in their little echo-chamber.

You know that they are all lying.  When Trump opens his mouth, they say the opposite no matter how stupid it makes them look.

I want to thank alternative online news outlets like True North and Rebel News in Canada and Steven Crowder with the comedy/news show, Louder with Crowder.  Louder with Crowder broke this news and confronted NBC with the evidence of the hypocrisy of the story the author of the original article and she completely ignored her lack of ethics when the real story came out and she hung up on him.  You will love the video of the phone call… it is hilarious.

When these leftists accuse me of being in an echo-chamber of conservative media outlets they need to understand that I watch everything.  I read Salon and watch the Young Turks but I am intelligent enough to see their lies pretty quick.  I also have a brain and common sense.  Then they post on Facebook that they will block anyone who posts something from a media outlet they don’t like.  Wow.  These people are so mature.  I should be listening to their opinions without any question because they know everything.  hehe

I suppose having common sense puts me at an unfair advantage. 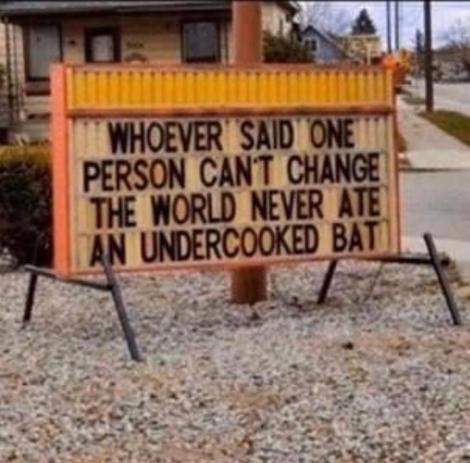 No.  It is NOT too early for this!