I have always thought of Canada and Australia as siblings.  Our countries were so much alike with the same homeland in our history.

I know that Canada’s Prime Minister wants to turn Canada into his own little fiefdom  He wants to basically turn Canada into a dictatorship and he is well on his way now that he has basically stopped our parliament from meeting until the quarantine crap is stopped.

I have also been a big fan of police and my blog has been tagged in law enforcement sites and viewed over 130,000 times.  I came so close to being a police officer myself at one point… but when I see this I cringe.

Australia is now apparently a police state and I don’t think that Australians know about it.

I thought protesting was legal in Australia.  I am also a big fan of giving police the benefit of the doubt.  I am a big fan of allowing police to shoot people with a knife.  They should not have to risk their lives to protect civilians.

What happens when the police are the threat to the civilians though?

I have to tell you though, that I question to motives of these police in Australia.  If they would have tried to rip my child out of my arms I might have killed two of them before they shot me.  I would no longer be considering them police officers if they were trying to arrest me without me committing a crime.  This probably would not bode well for me in the long run but are police willing to risk their lives to do something as stupid as ripping a child from a parent’s arms like this so they could brutally throw a mother into the back of a van?

If this is what is coming in Canada?  I totally understand why Trudeau has banned 1500 different firearms in Canada now.  I can’t actually think of one thing that this mother could have done or said that would have made this police response acceptable.

If she was a member of Black Live Matter she could write “Kill Cops” on her sign and get the police to protect her in the USA.  In Canada she would probably be treated the same.

Just when I was thinking that this mother was protesting something horrific, thinking that she was the only person willing to say something out loud against shutting down the economy, I see this other video showing several protesters.  I couldn’t see them clearly in the first video because they were maintaining social distancing practices.

After watching this woman get brutally thrown in the van, a door slammed on her leg, and having her child ripped from her arms, I find myself wondering if the police in Australia follow a different set of rules. 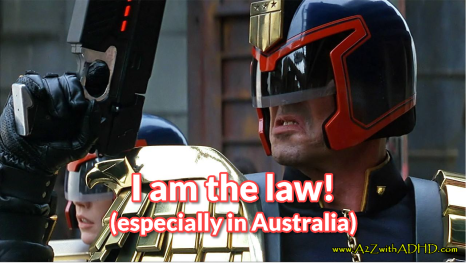 I cannot stop wondering if any of these police officers considered that by attacking people in such a way, they actually become an enemy of the people.  I am not disappointed in one officer or two, but in every one of them at that site.  Any officer that watched that woman get brutalized like that should be instantly suspended and if that woman wasn’t charged with a crime, they should all be fired and charged with whatever can be thrown at them.

Police need to know that they are NOT above the law.

If a soldier follows an order that is morally or ethically questionable, he knows that he can be charged as a criminal.  I do not believe that the police should have different rules in this situation.  If one of the officers got hot-headed because she said something that ticked him off and he decided that she should be arrested, at some point the other officers would pull him aside and clarify what she is being charged with and maybe calm him down.

Performing an arrest in the manner in these recordings needs to be addressed by their justice system (if there is one).  If Australia has any individual freedoms left, then I suspect that this woman will have her day in court… in America she would probably never have to work a day for the rest of her life.  I can’t wait to find out what she gets charged with and what she gets from the Australian justice system.

4 responses to “Mother Arrested in Australia”