I try not to have two posts in a row about the same topic but I started this one earlier than the one I published yesterday about how the liberal media has made a cottage industry out of warping the news against Trump.

Watch this video though, it is 50 seconds of my own creation… and then let me know what you think…

So now that you have seen the video you know that it was made by Raimond, my 16 year old.  I spent more time doing the voice over than he did making the video for me.  It is sad.

But when it comes down to it, Global News is not just supporting liberal ideology, it is supporting Trudoh and the Liberal party. There is no other explanation for the propaganda in the line… “the Liberals have published a calculator”.

Having the Global News article (by Jamie Sturgeon) have the link forward to the Liberal Party web page so that I have to click on another link to get to the Government of Canada site where the calculator actually resides in unacceptable behavior for any media outlet. 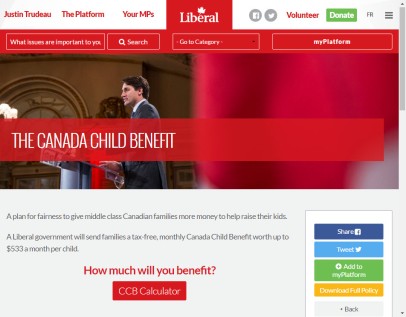 For the geeks out there, it was funny to note that Global News allowed the Liberal site link to overwrite their page but the Liberals are good enough at marketing that the Government site with the actual calculator opens up a new tab.  I thought it was funny and worth mentioning.

In my opinion, any reporter worth his weight in gum balls would have put an actual link to the calculator on the page. Why didn’t Jamie? I have no idea.  He is either a rebel sympathizer, I mean a liberal or his boss made him do it because they are liberal.

If you think it is unacceptable, send Jamie Sturgeon an email and see what he says. Then do what I did…

If there is anyone left who still believes that the media is not biased or outright lying to you at every corner, read this little article and follow some of the links.

It makes me wonder why people decide to take journalism in college any more.  There is apparently no more reason to learn the ethics in the trade.  There is no such thing as corroboration or independent witnesses. Global News is not alone. So where do you go for truth anymore, or at least more honest reporting?

I can get better information from the TheRebel.media but all of it has a right-wing twist to it. There are not a lot of stories on The Rebel about the good things that liberals or socialists are doing but this is okay for two reasons…

With The Rebel I usually find the truth with a big right hook at the end. Ezra takes the truth, splashes it with sensationalism, douses it in socialistic disdain and serves it up for the world to enjoy. In my experience his reports are honest.  He has never lied. Though he often massages the message, he isn’t wrong very often.

I will confess that I put up with him being a little loud and a little brash (and I use ‘little’ very loosely) because I need the truth from someone and Rick Mercer doesn’t talk enough… though when he does I usually enjoy it. I love many sites and follow many other bloggers and YouTube channels but I would love to hear where you go to escape the liberal media! Please comment below!

I have to confess that Ezra did really disappoint me recently when he talked about the bail-in section of the new Trudoh budget. He totally neglected to include anything about how Harper tried adding this exact thing to the 2013 budget.

I can’t really talk much about it because I don’t have 4 more hours for research on this post and I really don’t care. As I understand it, this part didn’t make it past the voting process somewhere for the 2013 Harper budget and Trudoh had to re-add it.  With his majority government filled with sheep there is no doubt that banks will be able to legally steal deposits very shortly from the hard working middle class that Justin speaks so fondly of, and we know what is going to happen then… nothing.

Face it, this is Canada. We threaten to go to war every year with Denmark over land in the arctic and there is simply no way I could see these people revolting against Trudoh for something that we all know about already (or we should anyway) and are ignoring.

If there is going to be a revolt in this country it will be when Western Canada separates from Eastern Canada and we can go back to the way it used to be. The revolt will be when Quebec stops getting $10B a year from BC, Alberta and Saskatchewan and has to get it all from New Foundland and Labrador. I have seen them Newfies mad and I could not understand anything they said through the flying beer bottles… If there is a God, and He loves the Newfies, He will help them separate right after Western Canada leaves. 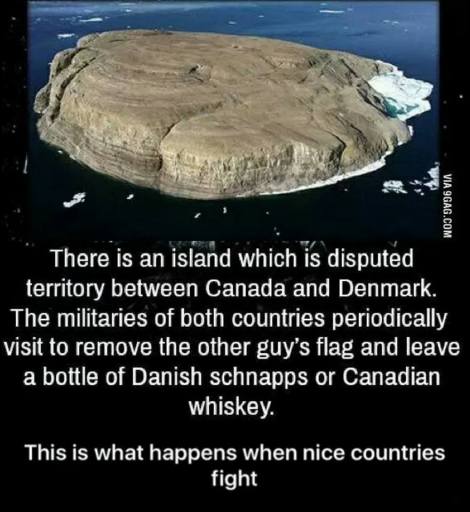 5 responses to “Liberal Media in Canada… why hide or deny it?”