I need to clear some air out there…

I have written about the LBGT community in relation to high schools and art and my thoughts of the influence put on society by the “psycho liberal housewives” (these people have asked to be renamed but Social Justice Warriors simply doesn’t have the impact or explain how screwed up these people are).

I have written about how the judicial branch of our government has buckled to the transgender community and clearly chosen that the rights of a few outnumber the rights of the many.

This week I wrote about how the legislative branch of our provincial government (run by newly elected socialist tyrant, Rachel Nutley) has actually taken the socialistic nature of the NDP party to new heights when they basically announced that they are forcing all provincial school to create policies allowing students to use whatever facilities to choose to shower or go to the washroom.

I have tried to be very accepting of the LBGTQ community and made it very clear that I will support them in any way possible without trampling on the rights of non-LBGTQ people.  I will not celebrate these individuals but I will applaud their ability to celebrate.  I will admit that I am tiring of their acronym changing every time I write a blog post that has anything to do with them… I feel like just calling them all liberals… but that seems too much like hate speech.  At some point I am going to add an F to it… because I don’t know where the hell they want the line.

I thought I was pretty understanding and aware.  Even with my limited exposure to this group, I have discussed the difference between gender and sex at great extent.  I have discussed it briefly with one of my wife’s best friends and her wife (neither have asked me to refer to them as ZHI or ZIR or whatever the new language that was made up to identify them) and with several people whose opinion matter to me.

I have a friend who I met when he was one of the best salesmen I had ever met.  He had a beautiful wife and wonderful children.  Now he is a she and one of the best saleswomen I know.  We can stick with salesperson if you want, but either way, Michelle knows her shit and whether she has a penis or not has zero influence on our relationship or her abilities.

Now Michelle and I do not see everything eye to eye.  We never can. Not being a part of the LBGTQ community I can never understand everything they go though and I doubt anyone can if they haven’t lived it.  Michelle has apparently never fully been a male of our species so she doesn’t understand the male urges for physical companionship.  The fact of the matter is that Michelle and I can be friends without agreeing 100%.  My wife and I don’t agree 100% and we are friends… for the most part. 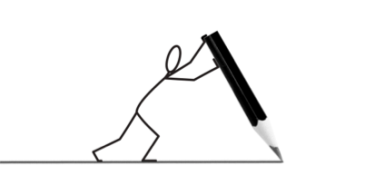 Where do we draw the line?

But here is my problem with the LBGTQ community.  I need them to understand that this is not as black and white as they propose, especially once the Social Justice Warrior’s like CopperDouche get involved (this d-bag is a true white knight… out to save anyone who is being persecuted by white people… oh wait, maybe he is just a racist bigot and hates white people.  That punk is going to have his own blog posts in the future…

The people I hang out with all have different lines and despite the best efforts of the LBGTQ community, I simply don’t know where to draw the line between completely naturally brain chemistry and monstrously screwed up idiots.

For the record, I agree that a person should be able to change their gender whenever they please.  I believe that, because this is a problem to some, and the government has a duty to appease as many as possible, until these people are 18, they should all have private washroom facilities made available just as people with physical disabilities do.

I understand that a 10 year old boy who wears a dress to school and has his parents supplying him with estrogen pills would be uncomfortable in the male washroom so he/she should always have access to a private washroom but so long as he/she has a penis, that youth should not allowed in the female washroom.

Some people are already upset with me because I am not more supportive of the feelings of this young child but seriously, I can’t in any stretch of my imagination put this child’s well being ahead of the other 200 females in that school.

It never made sense to spend the obscene amount of money to make all washroom facilities wheelchair accessible (I spent more than enough time in a wheelchair so I challenge any of you whiny bitches to call me on this one) for the needs of a very small minority of youth with physical disabilities so why does it make sense to say that this even smaller minority should get their own washrooms?  Now pull out your wallets because we can start talking about transgendering youth in wheelchairs!

Social Justice Warriors and liberal ass-hats somehow convinced people that Caitlyn Jenner is the epitome of how we define “courage”.  My children will know who Noah Galloway is before they know who Caitlyn is.  They will know what courage is.

That is my personal opinion and has no bearing on the conversation we are having right now.  Right now we are trying to figure out where others draw the line.  Before you decide, let’s look at some more cases of people who are in some range from “not the norm” to “totally messed up”…

Here is a guy who was married for 23 years to a seemingly wonderful woman and had 7 kids.  He wasn’t all “normal” in the eyes of society because he was a cross-dresser but then at 46, he decided he was a girl.

Not shocking… not too far from my friend Michelle’s story… off by a decade or so but I thought this was just another transgendered story… but hold the press!  Stefonkee did not want to become Maria, the 46 year old blonde babe, he became Marie, a 6-year old girl. 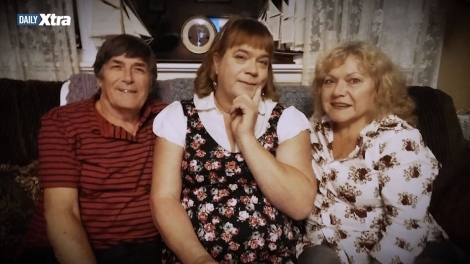 I can’t even type that without shaking my head.  I simply do not get it.  Do I think he is nuts?  Absolutely.  Do I accept him as a new 6-year old girl? Sure, why not?  It’s not like he wants to go back to grade school or play with dolls with my daughter.

He just wants to avoid the stress of adult life and if I had to pick between some guy becoming a 6-year old girl or taking anti-depressants and having suicidal thoughts I would say go ahead and be a 6 year old girl.  While I don’t understand this guys decision, he doesn’t care if I understand, only that I accept him.  But I also feel horrible for his wife and children.

So now that you know I accept this little girl, let me be very clear that if I ever find out that some stupid-ass liberal like Trudoh signed off on child tax benefits or something for Stefonkee, I will lose my shit.
~ Me

Who the hell is Jewel Shuping?

So you have a person wanting to change gender, changing gender and age, and now someone who identifies as a blind person.  Apparently BIID (Body Integrity Identity Disorder) is not yet recognized by the clowns  running the American Psychiatric Association but I am sure that it is on a liberal agenda somewhere.

I spent way over half my time on this post trying to prove this idiot was a hoax but I simply could not.  I would like to think that People Magazine and the Daily Mail would have done some sort of due diligence before posting anything.  Even snopes.com couldn’t disprove it.

If our mental health industry can’t fix this kind of stupid, or won’t try, what is it for?  Photo: Ruaridh Connellan – Barcroft Media – Landov

Here is a girl who identified as a blind person so poured drain cleaner in her eyes so she could be blind.  Now to be clear, I think this goes past a little nutty and can’t imagine how medical science thinks of itself so high and mighty yet shit like this can’t be cured.

To what end is our whacky liberal government going to accommodate this lady?  Free health care?  Continued mental health care?  She is for sure going to be taking up handicapped stalls (not driving either jackass) that people like me could use and she is undoubtedly going to be receiving disability tax credits on her income tax now.

The part that bothers me most is that there are blind people out there that would have killed her for her eyes.  Why can’t doctors do eye transplants and make two people happy?

Nano is a Norwegian nutjob who has decided that she was born the wrong species and lives as a cat.  You heard me right. She is living as a cat.

I am not going into details, go ahead and read this sorry girl’s story.  It is good for a smile.

Do you draw the line here? Is this acceptable? Norway is notoriously liberal, right up there with our new PM and I am sure it wouldn’t take much to get TruDOH to sign off on believing she is a cat.  So let’s say that you accept this… would you accept her never paying taxes again?  Once she had a doctors note saying that she was a cat because she identified with one, good luck getting a cat to pay taxes on any income it made.

Now you can premise all you want but realistically this girl probably saw the writing on the wall 4 years ago with a mass influx of muslim soldiers into her country and thought that her ass would be safer as a cat than a white girl.

Sadly, I can’t disagree with that logic.