It has been less than 48 hours since I said I was done writing about the Alberta Government for a while and in particular, their home schooling debacle.

I want to comment briefly, I hope, (you won’t be used to that reading my recent rantings) on a Journal article from Graham Thomson. Graham is a political affairs columnist and used to spouting his opinions rather than fact but being fair I have enjoyed a lot of his writing.

To be more fair, he is the epitome of the problem with the media today. In his article he is coming to the sobering realization that the government was likely on the wrong side of the force when they shut down Trinity last October.

So let’s have a chat Graham…

There is mention all over your article that the government may have been wrong all along. In being wrong, you neglect to mention that they may have acted illegally in one of the most heinous legal actions in Alberta Education’s history showing total disregard for the education of 3500 students, 30 plus employees and the provincial legal system.

You mention that the Wildrose party immediately condemned the closing, in which they were 100% right.  Even if any of the accusations were true, the board should have remained open for the sake of the students and been managed by closer provincial oversight. This was exactly what the opposition stated in October and what everyone believed.

That is, until the media got a hold of the story. With zero evidence and apparently without even reading the 37-page review that the government released, which they based the closing on, you condemned Trinity and made anyone that sided with them (or common sense) feel like a pariah.

I can’t even post all the media articles on here and how you ripped into Trinity/Wisdom and pushed the public perception without a shred of evidence.

The evidence was out there being ignored by the media.

As I have been saying since I first read the 37-page review on October 26, there is published evidence of why the government shut down this school board and it is all smoke and mirrors. The whole review was a “smear campaign” as the judge called it during the January 5th court proceedings.

I have been calling it a witch-hunt and the more I read, the more upset I became at the media’s handling of the whole situation. They act all surprised about the “funeral expenses” but I posted that the court documents from November 4th had stated this quite clearly.

What you are failing to do Mr Thomson, is take any responsibility and that is my problem with the media. When they used to publish stories based on facts they were journalists who were respected in our communities and they had professions that we could look up to… even Superman chose to be a journalist.

Today you can bet a superhero would choose to be a baker, blogger or a meteorologist… someone with more ethics and public confidence than a journalist for sure.

So Graham, get off your high horse and then take some of the heat. Up until a week ago you were all just fine with carrying torches for the witch-hunt. My post about Journalistic Integrity got quite a few laughs as it should have.  But it was written in December and clearly pointed out the $4.47 “funeral expense” (and another so-called journalist was ignoring it then).

The judge may have mis-quoted the figure from the documents but what would you care? You were too busy to read the 37-page review and too busy to read the hundreds of pages of affidavit responses filed in November. Thanks for leaving this job up to bloggers and parents on Facebook.

You are still doing it though. You are trying to cover your ass in case the RCMP find wrong doing.

Among the apparently troubling things discovered by the audit: Wisdom leased a modular from a “non-arm’s length party” for $105,000 a year — 10 times what the government thought reasonable.

All this begs the question, why isn’t the media calling for the dismissal of the person who wrote the review and recommended the “immediate closure” of the school board? He is some pencil pusher making $75-105,000 a year of public money and he has proved beyond a shadow of a doubt that he is incapable of performing his duties.

When they shut Trinity down, Graham said, “Eggen was so unhappy he looked downright sick. But I wasn’t sure if he was ill at the possibility of government money going astray, or if he was queasy at the thought of a showdown with home-schooling parents.”

There is another possibility to consider

In his haste to crush non-conforming education structure, it is possible that David Eggen was reading the announcement after shutting down the school board and he was coming to the realization that his department had simply made a horrendous mistake. He may have finally read the review document that he used to shut the board down and realized that it was all smoke and mirrors.

Had he made the decision without seeing the $4.47 receipt for “funeral expenses”?

Had he closed a school board down for renting a building for crazy amounts that they used to own before talking to the board and realizing that they were ordered to sell the building by a previous provincial government or that the review writer had no concept of commercial property values?

By the way Graham, all this is in those public documents you don’t have time to read.

Maybe he was coming to the realization that his whole case was hinging on some warped definition of “employed” that makes contracting and sub-contracting illegal in a province where it is running rampant.

Maybe he was sick because someone pointed out to him that if he continued being a galactic ass-hat that I would end up writing about him on “A2Z with ADHD” and that scared the crap out of him. Probably not, but maybe. 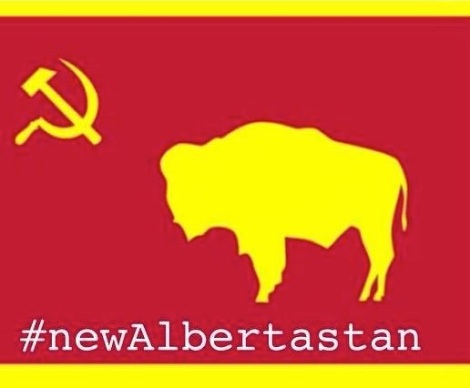 5 responses to “The Media Make My Blood Boil”