So I have received emails and messenger notes, seen Facebook posts and tweets and now even text messages congratulating me on being nominated for “Volunteer of the Year” for the city of St. Albert.  First off, thank you all for the kind words.  Let’s get something out in the open right away and that is that I am still unsure of how I feel about this honor.

When you look at the other three nominees you can’t help but wonder how I even got in there.  I know that I wondered myself so don’t feel bad if you did.  That answer to that question of how, is Sandra, the Group Commissioner of our 12th St. Albert Scout Group.  Apparently they let you nominate just about anyone for the award.

Before we get to more about my feelings, let’s have a quick chat about the other three nominees… but keep in mind that this is just a tidbit of what these people have done for the community.  You can read the whole article that Scott Hayes wrote for the St. Albert Gazette as well.  It is written better than anything you are going to find on this blog. 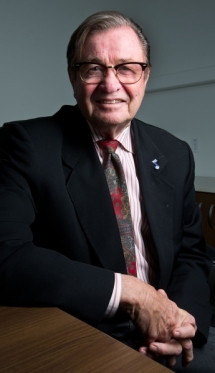 When we get to me, I can’t think of a single thing I ever volunteered for before 2000.  In the past 16 years I have steadily increased my volunteer work to my current point. Ironically, being nominated for this award has lent credibility to my wife’s claims that I need to cut back a bit.

How Did I Ever Get Nominated?

Sandra nominated me for this honor because I put in so many hours volunteering for scouts. She doesn’t only see the scouting end of those volunteer hours, but she sees a lot of them in the evenings each week, sometimes seven days a week. I need to point out that I look good because I surround myself with people like Sandra and her husband Garrett, who made this awesome video of our St. Albert Scouting youth this past weekend… and thousands of other spectacular volunteers that I work with.

Granted, I do a lot for a guy with nine kids but that is WHY I do so much.  Notice there there are no volunteer spots for a softball league? I used to enjoy my free time at pool tournaments and playing baseball but today if you aren’t a geek you better have an interest in bettering the lives of children or we will probably never meet.

For the past few years I have really poured my heart and soul into finding some balance in my life.  In my search for “balance” I have definitely leaned a little farther into the volunteering than maybe practical but I found myself in a position where I thought I could pay back my community a little for what I have received, and make no mistake, I live a blessed life.

What If I Win?

So this was a huge dilemma for me and when my son first asked if I was going to win I laughed.

How could I win with fellow nominees who have been volunteering longer than I have been breathing?

Four people were selected from a huge pool of volunteers in 2015, to represent this wonderful community that I have called home since 1997. Next week a committee, coin flip, or possibly a monkey with a dart; will be selecting one of us to represent this great city until this celebration comes again in 2017 (I honestly have no idea what the selection process is).

There will be plenty of parades, a book deal and a ton of interviews with Ellen, Jimmy, and I heard that Craig Ferguson might come out of retirement.  I actually think there is a printed certificate that the winner has to run to Michael’s to get a frame for but it sure sounded cool talking about meeting Craig Ferguson eh?

The fact is that I didn’t know how I felt about the notion of winning this thing.  How could I accept it?  How could I NOT accept it?  It was driving me nuts… until I spent a great 5 minutes in the car with Raimond.

My son Raimond is 16, and just to show me how smart he is, he pointed out a simple fact…

So here I am lost in my own brain.  He was so right. This award is actually called the “Roy Financial Services Inc. Volunteer Citizen of the Year”.  It is not for the best volunteer in the city for last year, just the volunteer they are recognizing for this past year.  It is a simple ‘thank you’ from a wonderful community agency to one volunteer who made a difference.  It certainly isn’t a lifetime achievement award.

I have to throw a plug in here for Roy Financial Services because they help out this great organization and sponsor this awesome award.

CIVC is the wonderful community organization I am speaking of.  They do a ton of great things in the city and bringing volunteers to volunteering opportunities is just part of who they are.  Recognizing volunteers is yet another part. If anyone wants tickets to the award banquet this weekend, Saturday, May 7th, you can get them here.  I will be racing in from a scout camp Saturday morning to join you.

Seeing what this group does, I feel that I need to find some time to sit down with them to help figure out what it will take to start a new award next year…

Just in case you think I am special…

I know this probably isn’t the case, but humor me… I need you to know that I can take no credit for who I am.  I didn’t make me. I didn’t raise me. I certainly wouldn’t put up with me.

But let me tell you that despite all the things I was given in this life (and I have said before it is a blessed life), none have touched me more than the woman who chose to marry me… twice. Stacey gave birth nine times for me. She puts up with my search for balance even when I try it on one leg jumping on a pogo stick while skipping rope. She has put up with my booms and busts, and there have been more in my life than in the Alberta oil patch.

I am not an easy man to live with and a harder man to love but Stacey does it (more so with a glass or two of wine). If you appreciate the hours I put in night after night and weekend after weekend, you better appreciate her for letting me, because I certainly do.

The end result is that I went from trying to convince my wife that I didn’t volunteer too much, to getting this nomination and having to admit that I might have an addiction to volunteering, to finding another group to volunteer with.

It was humorous to me that this award was going to be a catalyst to me volunteering less. Now that irony has turned to just another sticky note with a task that needs to be accomplished.

Why do I think this will not end well when my wife reads this?

2 responses to “Vounteer of the Year! Say what?”